Thank you for the letters and invoice and also for sorting out all the details and information for me regarding the operation. Iam making an excellent recovery and would like to convey my thanks to Mr Naique for the best ever hip replacement!
The Operation was not at all a bad experience. The pain management was excellent and now everyone is amazed at my mobility. After a few weeks, I hardly need to have a crutch! I feel that I have a new life ahead of me after months of restricted activity.
​Please also thank Mr Naique for his generous reduction of fees. i really appreciate his kindness.
BW
MK 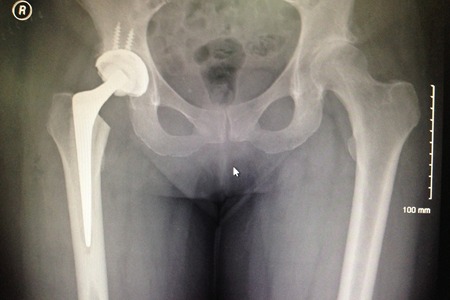 ...presented with severe rest pain, limp and inability to walk and do other activities. 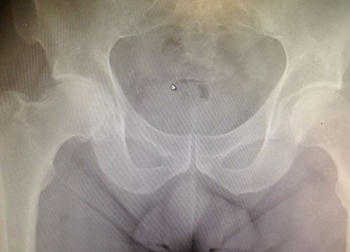 He had his initial surgery to clean and close the wound and fix the fracture with a rod elsewhere. Unfortunately. he developed infection in the leg requiring specialist reconstructive surgery with Mr Naique.

A Circular External frame was used allowing computer guided correction of the broken bone and aiding early healing of the fracture.

The player returned to professional rugby after 8months.

FUNCTION AFTER HIP REPLACEMENT (video on my tube site)

66 year old lady with arthritis affecting her whole knee. She has had successful bilateral knee replacements.

Young Professional Banker got her foot crushed between bus and her moped, resulting in severely damaged foot and ankle. The ankle joint was exposed and all the tendons and muscles were lost, along with the skin cover.

She has recovered well after numerous surgical procedures , including  a free flap (tissue transplanted from her thigh to her foot- by Mr H; Tendons Transfer and ankle stabilisation.

​Strong, determined and seemingly fearless, David trained for years as a competitive BMX cyclist in Hungary before moving to England. “I started extreme mountain biking for the first time when I was fourteen. I just love to fly into the air on a bike and do tricks,” he said.

I remember waking up on the sidewalk and I couldn’t move my right leg. That’s how I knew there was a big problem.

Ironically, his job as a pizza delivery boy proved to be more dangerous.

“I was on my way home. I had finished up at work, and suddenly I realized a car is turning in front of me, and it hit me on my right side,” said David. “From there, I remember waking up on the sidewalk and I couldn’t move my right leg. That’s how I knew there was a big problem.”

Every bone in David’s right leg was broken, his foot crushed, and the nerves, which provide feeling to the lower leg had been severed. Not one, but two different surgeons recommended amputating the 22-year old’s right leg. Understandably, David was devastated. “I didn’t even want to hear about it. I became withdrawn,” he said. “They told me that I probably wouldn’t be able to walk anymore, or at least stand up on my right leg and I wouldn’t be able to bike. It hit me hard.”

David was desperate for another opinion. Orthopaedic Surgeon Dr. Satyajit Naique offered a glimmer of hope. Together with plastic surgeons, Dr. Naique performed multiple surgeries including a free flap procedure, where tissue and an artery from David’s scapula were used to restore the skin and blood flow to his foot. “For four straight days they secured my leg. At the end of the fourth day they said there was a chance that they could save it, but there wasn’t any guarantee that this would work,” said David.

The surgeons used the Orthofix TL-Hex system, an extremity fixation device that keeps bone segments aligned during the healing process. The system consists of circular and semi-circular external supports secured to the bones by wires and pins and interconnected by six struts.

Since the successful procedure that saved him from the amputation of his leg, David has begun to reclaim his life, doing what some said was impossible…getting back on a bike. He says he feels alive again. “It was fantastic to sit on a bike again and jump through the air,” said David. ”One of my dreams came true again. It’s an unbelievably great feeling.”